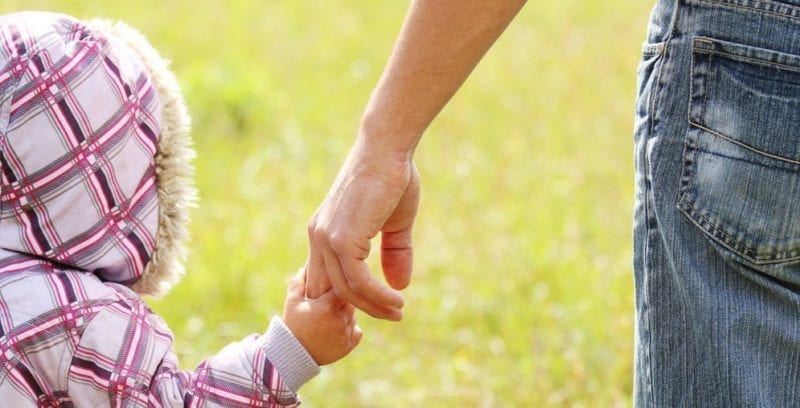 If you were never married or if you just filed a “simple” divorce, then custody can be quite messy. While everything may run smoothly if you’re getting along, what happens when you’re not? Unfortunately, many people think that being a parent provides certain rights to their child. It doesn’t. Consider a scenario where you and your ex get in a fight. She has your daughter and refuses to let your daughter come to see you. What can you do? Can you call the police? Can you just go to your ex’s house and remove your daughter? What surprises many people is that the answer is no. For as long as there is no custody arrangement in place (one signed by the Court), the police will not intervene. Your ex can keep your daughter away from you for as long as she wants. It’s a strange default, but the truth is that whoever has possession has custody unless there is a Court Order establishing another arrangement.

2. How is custody determined?

North Carolina permits parents to determine custody between themselves. Sometimes that is impossible, though, and the Court must intervene. To make a determination, the Judge considers:

• How old the child is
• How much time the parent has to spend with his/her child(ren)
• Parental stability
• Abductions
• Out of state moves
• Child abuse and neglect
• Facilitation of visitation and involvement of other parent
• Drug and alcohol problems
• Location
• The child(ren)’s preferences.

It is very rare that a court does not permit at least visitation with the child(ren). Typically, the birth parents of the child are awarded custody; however, the law provides for custody by grandparents and other parties when necessary under the law.

3. What is the difference between Joint & Sole Custody?

As legal terms, there is no difference between joint and sole custody because North Carolina law does not provide one. That doesn’t stop parents from getting stuck up on the terms, though. Parents will insist on these terms being used because they have heard the terms “joint custody” and “primary custody” so frequently. What parents often don’t know is that the fight over language is far less important than they imagine. “Sole custody” typically means that the parent with possession of the child has most or all of the decision-making authority and “joint custody” typically means that both parents will share in decision making. Regardless, these terms are defined within a custody order. If “sole custody” is defined as joint decision making in the document, then that is what it means. This is important to know so you can be aware that you should not rely on the terms alone; the terms must be defined clearly.

4. Could my new boyfriend/girlfriend cause problems with my custody?

Oftentimes, a new significant other can wreck havoc on an otherwise amicable separation. There are many reasons this could be the case, but with custody matters, it can really create a feeling of a threat to a person’s position as a parent. If you get a new girlfriend, your ex-wife may have serious concerns that she will be “replaced,” as the mother of your children. Many people want their children completely secluded from any new person their ex starts to date. As understandable as this feeling may be when it’s used as an attack in a custody battle, North Carolina has routinely rejected it. The courts know that people tend to move on after a divorce and starting a relationship are insufficient reason to remove a parent from a child’s life. Of course, this is not always true. If the new significant other is a danger to the child, if dating has led to the neglect of the child, or if the new significant other causes some situation that is against the child’s best interest, then the Court may alter custody as a result.

5. How much say does my child get in who he/she wants to live with?

6. What rights do grandparents have regarding child custody?

7. My ex and I are getting along; why should we create problems by going to the Court?

An ounce of prevention is worth a pound of cure. Child custody is often the most divisive and emotionally draining type of case for clients. Despite this, parents can compromise on custody without going to court. In the majority of cases, child custody is resolved without ever going to court. In North Carolina, parents create their own agreement for custody without ever going to court and, if a case has already been filed, they can have the court approve a consent order on custody. Without a custody agreement, custody is “defaulted” as described in #1 above. A parent can go rogue and move out of the city, county or state with the children (unless the parent is doing so to avoid North Carolina Courts). The custody agreement protects both parents from unpredictable actions of the other.

8. I don’t have a custody agreement or order; can I relocate?

Yes. If there is no document dictating custody, then you can move out of state with impunity. The only time you cannot move with your children is if you are attempting to avoid the jurisdiction of the court.

9. Can I make my ex pay my attorney’s fees for my child custody attorney?

Sometimes. North Carolina says that a person who is acting in “good faith” and is unable to afford litigation may be entitled to have their attorney’s fees paid by the other party. First, determine if you are the “dependent spouse,” which basically means that you relied on your spouse financially. Then ask if you are acting in good faith? Are you fighting because you believe it is in the best interest of your child or is you fighting to punish your ex? Finally, ask if your attorney’s fees are reasonable. Are you requesting that your attorney performs unnecessary work? Are you calling your attorney every day to run up costs? If so, the Court may deny a request for fees.

10. What is supervised visitation?