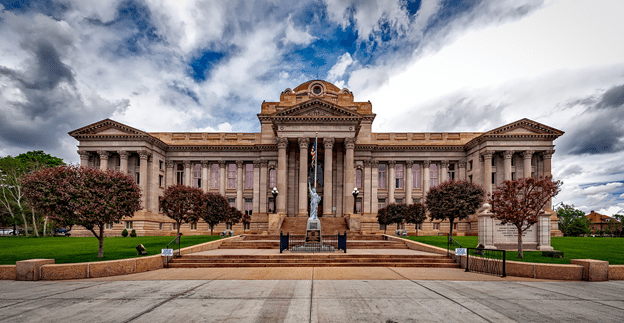 If you had a court case that did not go as planned, you may have options available to you to remedy an improper judgment

The appellate process is lengthy, time-consuming, and extremely detail-oriented. To someone untrained in the law, there are many seemingly simple mistakes that can be easily made that may subject your case to dismissal. Additionally, most non-attorneys have very little idea of what it takes to appeal a case.

The two primary reasons clients seek an appeal in a family law case:

(1) findings of fact not being supported by the evidence presented at trial; and

(2) conclusions of law not being supported by the evidence presented and findings of fact made by the trial court.

It is important to note that you cannot appeal a trial court decision simply because the outcome was not what you wanted – there has been a legal basis for your appeal.

This generally means that the appellate court is not necessarily employed to re-determine what the actual facts of the case are, or whether the evidence presented at trial is accurate.

Rather, the function of the court is to review the procedural aspects of the case and the evidence produced at trial to determine whether such procedures and evidence are proper and support the findings of fact and application of law made by the trial judge.

As a disclaimer, there are many errors that could have been made at the trial level. Each different type of error has its own standard of review and analysis.

Time for Filing the Appeal

The process of appealing a bad court order begins with the losing party, the appellant, filing and serving a notice of appeal.

The time for filing the notice is determined by:

It is important to note that the “entry of judgment” that starts the time for filing an appeal begins to run on the date that the court’s decision is reduced to writing, signed by the judge, and filed by the court.

The notice of appeal must be filed within 30 days of entry of the trial court’s order.

If the order is not served on the parties within three days of entry of the order, the notice must be filed and served within 30 days of service of the order being appealed from.

As a practical matter, it is advisable to always plan on filing the notice or a motion to extend the time to file the notice within 30 days of entry of the order being appealed in order to avoid missing the deadline.

Once the deadline to appeal an order has passed, the party loses the right to make an appeal.

The next step in the process is getting the transcript.

Getting the Court Transcript

If the party appealing the judgment wishes to have a written transcript of the trial court proceedings for the appellate court to review, the appellant must enter into a contract with a court reporter for a transcript of said proceedings within 14 days of filing the notice of appeal.

This contract must be filed with the trial court and served on all other parties to the appeal within that same time frame. The court reporter then has 60 days from the date of the contract for the transcript to produce the transcript to the requesting party.

It is the duty of the appellant to ensure that the court reporter either produces this transcript within the 60-day time frame or files for an extension of time to produce the transcript.

As a practical matter, the appellant will need to request a copy of the recorded trial proceedings. This request is made in the clerk’s office at the courthouse where the trial was held.

The next step of perfecting an appeal is to file a proposed record on appeal.

Agreeing to the Record on Appeal

The appellant must serve the proposed record on all other parties to the appeal within 35 days of the date the court reporter certifies delivery of the trial transcript or 35 days from the filing of the notice of appeal, whichever is later.

The final record on appeal is one of the most important aspects of an appeal. It is what the appellate court reviews to be apprised of the procedural history of the case, facts of the case, the evidence presented at trial, and issues on appeal, as well as to ascertain all procedural requirements of the actual appeal itself have been complied with.

In general, the record on appeal will contain anything that the appellate court needs to know in order to fairly and accurately review the trial court’s decision and can include pleadings, the trial transcript, and even the exhibits admitted at trial.

The most important takeaway in establishing a record on appeal is to remember that if the information or documentation is not included in the final record on appeal, the appellate court cannot and will not consider it.

The next step is drafting and filing the written brief.

Drafting and Filing the Brief

Within 30 days after the appellate court has mailed the record on appeal to all parties, the party appealing the court order shall file an appellate brief.

The opposing party has an additional 30 days to file their own brief after service of the appealing party’s brief.

It is imperative to have an attorney at this stage in the appeal. Once the briefs get filed with the appellate court, the appellate court can make their decision based solely on the arguments in the parties’ briefs and information contained in the record on appeal – so your brief must have a solid legal argument, statutory and case law to support your legal argument, and a correct application of the law to the facts of your case in order to succeed on appeal.

Although there is also the possibility of appearing for an oral argument in front of the court prior to a decision being made, most cases at the appellate level are decided based on the parties’ briefs alone – so it is very important to include your best arguments in the brief. Even if an oral argument is reached, there are no witnesses, no new testimony, and no new evidence produced – the appellate court’s decision is still based solely on the arguments made regarding the applicable law to the facts of the case.

Although this article covers the general procedure and deadlines for the appeals process, it is in no way a substitute for a full and complete reading and understanding of the Rules of Appellate Procedure and specific requirements thereof. When it comes to appeals, it is always best to have an attorney who is practiced in appellate law to represent you.

How Will the Court Decide?

The standard of review is the “yardstick” that the appellate court uses, against which the trial court’s decision is measured.

Most family law cases that are being appealed due to a perceived error in the findings of fact or conclusion of law made by the trial court are measured by the “abuse of discretion” standard.

This is an important concept to understand prior to filing an appeal. Understanding of what is actually being considered by the appellate court is essential to determine whether you actually have an appealable issue, as well as the likelihood of succeeding on appeal.

Under an abuse of discretion standard of review, the appellate court is bound by the findings of facts and conclusions of law of the trial judge, and the trial court’s decision will not be overturned on appeal except upon a showing that the decision was so arbitrary that it could not have been the result of a reasoned decision.

In other words, the appellate court must determine the following:

The Court of Appeals will not overturn the trial judge’s decision as long as there was competent evidence introduced at trial.

An appeal based on an error in the findings of fact or conclusions of law by the trial court in cases involving equitable distribution, child custody, child support, and alimony all apply the abuse of discretion standard.