Moving Kids Out of State Divorce 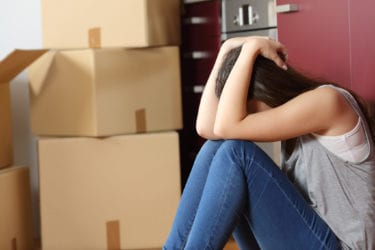 The desire to move your child out of North Carolina to a state where you have friends and family during a divorce is understandable. Divorce can often make you feel isolated, and it is important to have support during this challenging time. However, before moving your kids out of state you should talk to an attorney about the possibility of losing custody. Before moving your child out of North Carolina without the consent of your spouse it is important for you to think through your options as well as potential repercussions.

The Uniform Child Custody Jurisdiction and Enforcement Act (UCCJEA) is a national law that has been adopted in North Carolina. The UCCJEA covers three types of jurisdiction: initial custody, modification of custody, and temporary emergency custody. This law provides North Carolina with exclusive continuing jurisdiction over child custody issues if North Carolina is the home state of the child. A child’s “home state” is the state where the child has lived with a parent for at least six months.

If North Carolina is your child’s home state, and a spouse believes you are going to relocate a child from North Carolina to another state, they can seek a temporary emergency custody order from the court. This order will specifically say that you cannot take your child out of the state. If necessary to enforce this order, N.C. GS 50A-311 allows a court to issue a warrant and order law enforcement to become involved.

If you remove your child from the state it is possible that your child’s other parent will be issued a temporary emergency custody order and that a law enforcement officer will require you to return your child to North Carolina.

If a child resides with you outside of North Carolina for six months, the new state becomes the child’s home state, and you can file for custody in the new state. While this may seem like an appealing option, be cautioned that your child may resent the decision to be moved away from their other parent. Additionally, when the new state considers custody, they are likely to take your removal actions into consideration, and it is possible that they will award custody to the parent that remained in North Carolina.

Also, consider that the parent who remains in North Carolina can file for custody in North Carolina before six months pass and you are able to establish your child’s new state as the child’s home state. If this happens, a North Carolina court will not look favorably on your removal of the child. A better option is to have a custody agreement or order in place that clearly defines whether the children can leave the state before you relocate. You can review the UCCJEA rules that pertain to North Carolina Here.

If you already have a custody order in place, but it does not address relocation, the court should consider the following factors to determine whether it is within the best interest of a child to allow you to modify the order and move your child out of North Carolina:

Are the children currently in a steady, consistent predictable schedule;

Without consent, relocating a child out of state can feel like an uphill battle, but it is not impossible. Every case is unique, however, if you are considering moving your children out of state without permission, you should first speak with a family law attorney. We are here to help discuss your options and develop the best legal strategy and plan for your family.