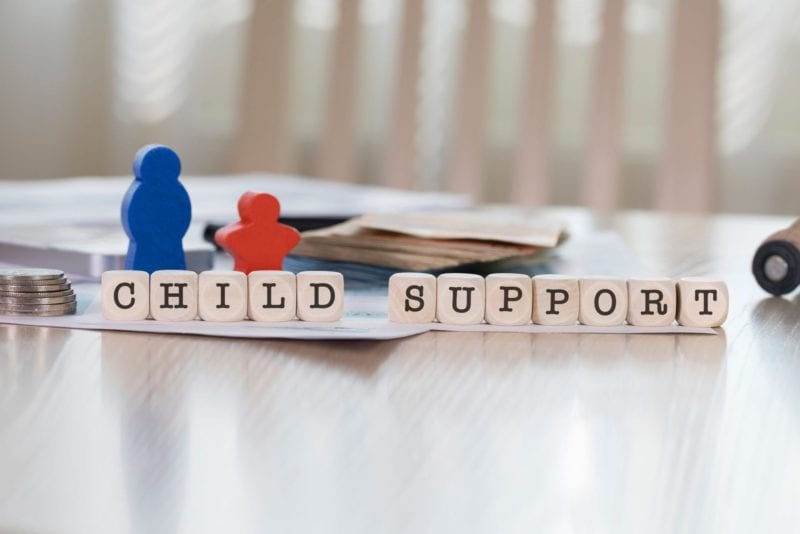 South Carolina child support guidelines was created using the Shares Model. The Shares Model was developed by the Child Support Guidelines Project of the National Center for State Courts. The Shares Model includes research into the economic expenses of raising a child and applies a concept that a child should receive the same proportion of parental income that they would receive if the parents lived together.

As soon as the court determines the custody arrangements, child support in South Carolina can be calculated. The court will determine how much child support will be paid if any, and to whom it will be paid. The Department of Social Services provides a calculator on their website to assist in estimating the amount of SC child support that may be ordered.

South Carolina child support is awarded based on the following factors:

There are different types of custody arrangements. The parents may agree to custody on their own or through the help of a mediator. If they are unable to reach an agreement, the court will decide for them. Sole, shared, and split custody are the most common. Nesting is a modified form of shared custody that some parents are adopting. 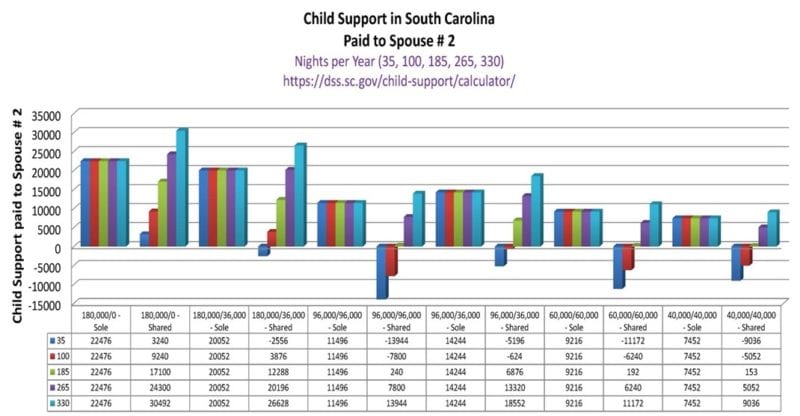 A professional Family Law attorney can help you estimate the amount of support you would receive or pay under various arrangements before you submit a Parenting Plan.

Parents who share custody keep track of whether each parent has the child the number of nights the agreement is based upon. The judge may or may not approve a parenting plan as submitted. The judge has some leeway in the amount of SC child support ordered.

Calculating the Amount of Child Support

The amount of SC child support awarded can be determined in a number of different ways including:

• Negotiated by the parents and approved by the court

• The Family Law Court decides the amount using a calculator that follows guidelines outlined in SC § 43-5-580(b) or a modified amount due to factors the calculator does not take into consideration.

The court can order one or both parents to provide health insurance for the child. The parent with access, at a reasonable cost, to the most comprehensive coverage should provide coverage. The cost of the child’s insurance is determined by subtracting the cost of coverage for self only coverage from the premium for the coverage. That amount will be a credit against the child support obligation if the premium is paid by the supporting spouse. If the premium is paid by the spouse receiving support, the amount of support will be increased.

The Shares Model assumes the parent to whom support is owed will be responsible for up to $250.00 per year (per child) of uninsured medical expenses including co-pays, over-the-counter medicines, and similar expenses. Reasonable and necessary uninsured medical expenses in excess of the $250.00 per year shall be divided in pro rata percentages based on the proportional share of the parents.

If the parents do not agree on reasonable and necessary expenses, such as orthodontia and professional counseling, the court will make a determination.

When guideline child support would not be appropriate the judge can set child support in South Carolina.  When the court varies significantly from the guideline calculated amount it must specify the facts that led to the court’s decision. Variations in the calculated amount may be made as the result of the following factors because the calculator does not take them into consideration:

What does Child Support Cover for Children?

The monthly amount does not include expenditures for child care. An additional amount to pay a portion of child care expenses (up to 100%) may be awarded. SC child support is not intended or calculated to cover gifts or savings. In some states, the court will award payment for college expenses, even after the child reaches age 18.

SC Child Support: What “Income” Counts in the Calculation?

If you do not pay your child support, SC child support enforcement will take you to court. You could be held in contempt, jailed, or even lose certain licenses. If you cannot make your payments, talk with an attorney.