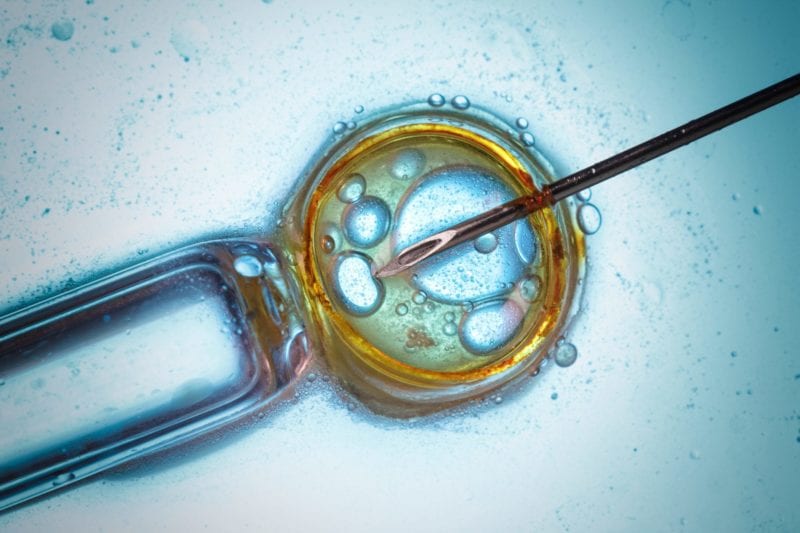 Before 1978, when the first “test tube” baby was born, no one worried about embryo custody battles. Embryos were in the mother’s womb so they were obviously in the mother’s custody until they were born. Assisted reproductive technology has come a long way in the forty years since the world first learned that babies could be conceived outside the mother. 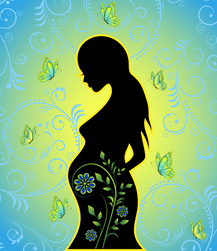 Some early successes resulted in births that were sensationalized because of the number of babies. Terms we had never heard were splashed across headlines when women gave birth to large numbers of babies all at once:

Who has custody of Embryos?

As the state-of-the-art in assisted reproduction improved, the number of risky multiple births declined. Excess embryos, that possess the potential to become babies, are now stored for later use. The media’s spotlight has turned away from multiple births to custody battles over embryos and gametes (ripe egg and sperm cells).

With an increasing number of ways to create babies from our genetic material and an absence of risk management planning, it is becoming more common for custody battles over embryos to stir controversy and news stories.

Lawmakers are Motivated Not to Enact Laws

State and Federal lawmakers are not acting quickly to provide legal guidelines for deciding custody disputes over embryos and gametes. They have their reasons. Any legislation affecting the status of embryos has the potential to land deep in the muddy waters of the abortion debate.

When there is an absence of law, the courts have to decide cases brought before them the best they can. Case law based on their decisions then become a precedent that guides future decisions.

Years ago, Justice Scalia spoke at a conference. During his talk, he said the Supreme Court ends up making laws because the lawmakers were too worried about votes to do their job. He essentially called Federal legislators cowards for not addressing it proactively.

An article in the National Review following Justice Scalia’s death reinforced his stance on this issue:

“Liberty exists by design and, as Andrew Jackson put it, by eternal vigilance. America’s Founders were clear that liberty requires limits on government, including a particular role for unelected judges. Judges that say what the law is promoting liberty; judges that say what they think the law should be undermine it. Justice Scalia was precisely the sort of judge that liberty requires.”

Looking through the various court decisions that have been made relative to custody of embryos and gametes, some of them seem blatantly unfair. Some of the decisions seem to violate basic Human Rights. The problem is that in the absence of laws that clarify how custody is to be handled, judges must do what the law indicates, even when it seems unfair and even when it seems to be against public policy, proving the truth of Scalia’s words:

‘If you’re going to be a good and faithful judge, you have to resign yourself to the fact that you’re not always going to like the conclusions you reach.’ — Antonin Scalia

This chart outlines some of the important case law relating to the disposition of embryos at the time of divorce or separation.

The couples whose lives ended up creating case law on this issue all made one mistake. They failed to recognize that the contract prepared by the fertility clinic is written primarily to minimize the clinic’s risks. Any benefit to the couple is incidental. The purpose of those contracts is not to protect the couple from potential risks. This is understandable. It is the way businesses work. The couple is responsible for protecting themselves. In order to do that, they need to have a contract for their situation or use other risk management strategies, such as donor gametes with their genetic material, so that they retain control of their reproductive capabilities.

This chart shows the best ways to manage risks. The first line of defense is to have a legal contract that spells out your wishes and plans for contingencies. Even when there are laws in place governing the activity, as long as there aren’t laws against the way your contract is written, your contract will override the law in areas covered by the contract. This is the basic premise behind writing a Will instead of using the State’s Will for those who die without one and for writing a prenuptial agreement that overrides the divorce laws of the State. 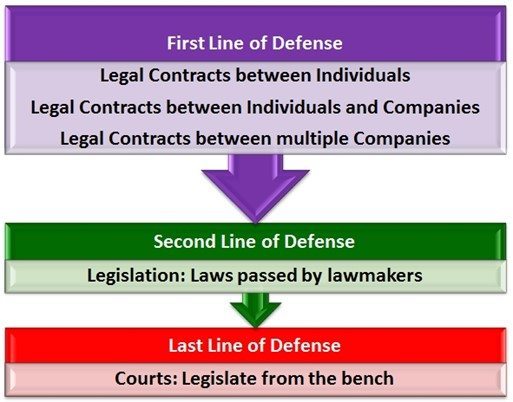 What can a citizen do when lawmakers do not do their job? Court opinions can vary greatly on how a case will come out but individuals are not subject to the whims of the laws or the variances in the laws between individual states if they plan ahead.

In the absence of a law against it, citizens are able to enter into contractual agreements that spell out their rights, responsibilities, and wishes. A basic tenet of contract law is that it must have a legal purpose. In the absence of laws against treating embryos a specific way, individuals have the ability to decide for themselves how they want their genetic material handled.

The key is to be proactive and act before there is a problem. Once you’re in a dispute or going through a divorce, it becomes much more difficult to achieve the outcome you want and it may be more expensive than you can afford.

Contemporaneous mutual consent requires consent now. Current wishes have more weight than prior statements or agreements. This is a common clause in fertility clinic contracts because it protects them from being sued by someone who no longer wants their genetic material used.

When you first begin learning about the case law in this area, it can feel confusing when men argue for the right not to procreate. We are all familiar with the fact that men do not have a right to not procreate when they father a child accidentally. It only begins to make sense when a man having intercourse with a woman is viewed as his affirmative consent to any subsequent pregnancy from that action. Because the woman’s body remains involved in the process of bringing the child to life, she has a continued ability to end the pregnancy—not because of a right not to procreate, but because of a right to bodily autonomy.

Court cases with contracts are complicated by clauses that require contemporaneous mutual agreement at the time the embryo is implanted instead of viewing the creation of the embryo as affirmative consent to a subsequent pregnancy from that action. Fertility clinics frequently include these clauses.

Individuals who will not have another option to become a parent with their own genetic material are taking a significant risk signing a contract that requires contemporaneous mutual agreement at a later point in time.

Contract law doesn’t care what the parties want now, it enforces what they agreed to when they signed the contract. Litowitz v. Litowitz is an example of this where neither party wanted the embryos destroyed but the court ordered their destruction based on a contract they signed years before.

Balance the interests of the parties

This strategy tends to favor a parent’s right not to procreate over the other’s desire to procreate unless the one who wishes to procreate has no other options using their own genetic material.

There are two easy ways to manage the risk the other contributor to your embryo will change his or her mind at a later date:

Note: When a married individual uses donor eggs, it doesn’t alleviate the need to specify who they belong to in the event the relationship ends. A vindictive spouse could fight for possession even if they do not include that spouse’s genetic material.

IN Arthur Lee WITTEN III and Tamera Jean Witten, the court used a contemporaneous mutual agreement clause in the consent agreement for IVF to decide the fate of the embryos:

“When chosen voluntarily, becoming a parent can be an important act of self-definition. Compelled parenthood, by contrast, imposes an unwanted identity on the individual, forcing her to redefine herself, her place in the world, and the legacy she will leave after she dies. For some people, the mandatory destruction of an embryo can have equally profound consequences, particularly for those who believe that embryos are persons. If forced destruction is experienced as the loss of a child, it can lead to life-altering feelings of mourning, guilt, and regret.” 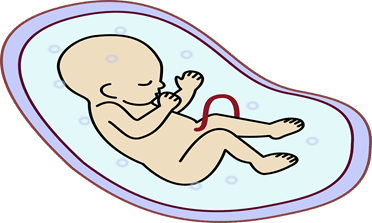 If you want to ensure that you will be able to use your own genetic material to have a child, you have to proactively manage the risks.

The McIlveen Family Law firm is here with expertise that will help you avoid heartbreaking pitfalls related to adoption and other methods of creating a family. We can help you with any of your legal needs including adoption, providing for After Born children in your Will, permission to use your genetic material after your death, or prohibiting the use of your genetic material after your death.