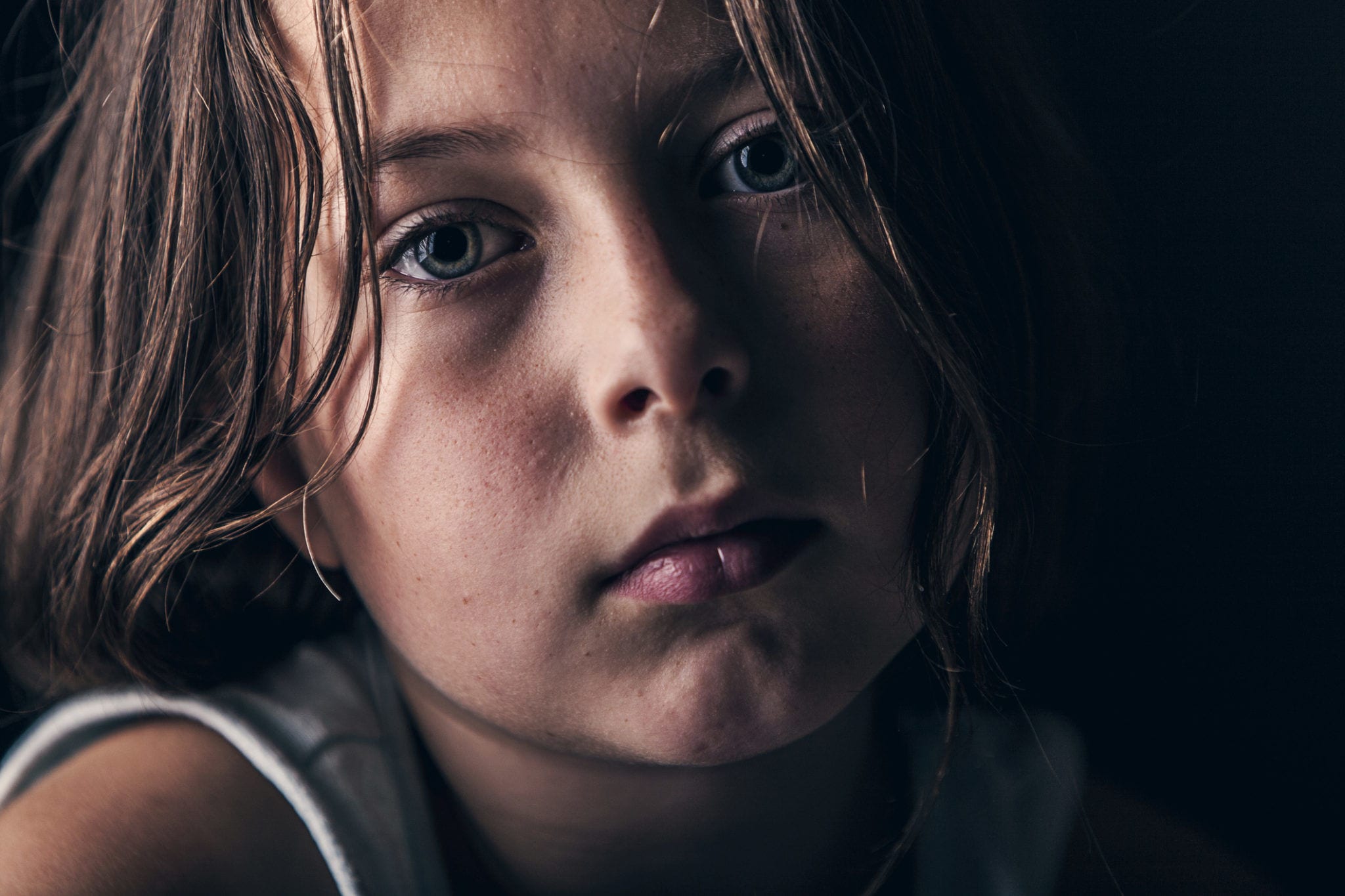 What is Domestic Violence?

People who were raised in an abusive home often do not recognize abusive behaviors. Abuse can be physical, psychological, sexual, or stalking. Dating violence can take place in person or electronically, such as repeated texting or posting sexual pictures of a partner online. Unhealthy relationships can start early and last a lifetime. Many people believe some abusive behaviors, like teasing and name calling, are a “normal” part of a relationship. However, these behaviors can become abusive and develop into more serious forms of violence.

Signs of domestic violence can be seen when you are dating. Although, some mature abusers carefully hide their abusive tendencies until you are financially or legally tied together.

The US Center for Disease Prevention (CDC) reports that the nature of dating violence can be physical, emotional, or sexual.

Physical—Occurs when a partner is pinched, hit, shoved, slapped, punched, or kicked.

Psychological/Emotional—Means threatening a partner or harming his or her sense of self-worth.

Sexual—Involves forcing a partner to engage in a sex act when he or she does not or cannot consent. This can be physical or nonphysical, such as threatening to spread rumors if a partner refuses to have sex.

Stalking—Refers to a pattern of harassing or threatening tactics that are unwanted and cause fear in the victim.

Abuse is not only physical violence. It often begins with emotional, verbal, and psychological abuse which can include:

These types of non-physical abuse often precede physical abuse by months or years. Your abuser may blame you. Remember, abuse is never the victim’s fault.

If you think you are being abused, take this quiz.

Take Action to Protect Yourself and Your Children Now

Victims of abuse often give their partners multiple chances to improve their behavior. Victims of abuse may also be quick to return to the relationship if the partner enters counseling without realizing that real change takes time. Being in counseling is not the same as having recovered. For many individuals, this kindness of heart leads to injuries and death.

It is possible for someone to stop being an abuser. It is risky to remain with an abuser while they take this step. Only someone who is highly motivated will do the work required to improve and even then, it will not happen overnight.

Abusive behaviors and actions begin with the way the abuser perceives the world. This is influenced by his or her beliefs and reinforced by neuro-pathways they’ve established in their brain by repeatedly thinking thoughts that create ruts. This makes it easier for them to think thoughts that lead to abuse. Think about walking through the woods. Do you walk on the well-worn path or the one that animals have made by walking that way, or do you fight the brambles to forge a new trail? Changing abusive behavior requires forging new neuro-pathways in the brain. It takes time to create new pathways for the brain to follow.

The desire to change can happen quickly, but real change takes time. The frustration of wanting to change and early failures may increase the rage an abuser feels. Do not put your life at risk by putting yourself in harm’s way while they work through this process. It takes months to build new automatic neuropathways.

Domestic violence, often referred to as intimate partner violence (IPV) is far too common. About 28% of women and 12% of men experience domestic abuse during their lifetime. Being abused is not something to be ashamed of—it is a time to ask for help. Fortunately, help is available.

No one should have to stay in an abusive relationship, yet many people stay out of fear or the mistaken belief that things will get better or that they will at least not get worse. Sadly, for many women and men, staying leads to serious bodily harm and even death. Researchers who study domestic violence understand that the harm doesn’t stop at bruises and broken bones.

Many abused women and men stay in relationships that are very unhealthy. Being mentally healthy is an important component of your overall health. People who suffer from mental illnesses feel bad because of their mental illness. They are more likely to develop pain, illnesses, and diseases than someone who is mentally healthy.

Abuse takes a toll on mental health. Individuals who are abused have a high risk of experiencing a variety of undesirable outcomes including:

In many cases, abuse victims lack good coping skills, so they turn to dysfunctional ways of coping with the abuse including:

Dysfunctional coping skills make things worse fast. Once a victim becomes addicted to drugs or alcohol, they’re fighting a war on two fronts: the abuser and the addiction.

Violence and abuse increase the risk of a host of physical health problems including:

Living in an abusive environment keeps your body and mind in a state of constant vigilance called chronic stress. Chronic stress is associated with worse health outcomes for both you and your children.

Women who experience chronic stress are more likely to become chronically ill and to die younger than women who experience less stress. They are also more likely to deliver a baby too soon (pre-term delivery) that results in babies who have more problems which just adds to the stress. Even when a woman who is experiencing chronic stress carries a baby full term, their babies tend to have lower birth weights and more health problems. Children who live in homes where domestic abuse occurs experience an increased risk of physical, mental, and behavioral problems even when they are not abused.

Chronic stress increases the risk of developing cancer and other illnesses. As genetic research has expanded in recent years they’ve learned that stress can change genetic markers that were once only a possibility of developing a disease into markers that are turned on and lead to the manifestation of the disease.

Depending on which study you read, chronic stress accounts for 66% – 99% of all illnesses and diseases.

Staying in an abusive relationship is a decision to continue allowing your mind and body to be abused by your abuser and by chronic stress.

Individuals who are abused experience significant negative impacts on the quality of their lives outside the home.

Some abusers attempt to limit their victims’ ability to work outside the home. Keeping someone financially dependent on the abuser is one way to trap someone in an abusive relationship.

Individuals who are abused miss work more often. Sometimes they are too injured to come to work.

Victims also have trouble excelling at work due to lower self-esteem.

Chronic stress impairs our cognitive abilities. We are literally not as smart when we are stressed as we are when we are relaxed. Impaired cognitive abilities also contribute to limiting the career success of abuse victims because they will make more mistakes and will not think as clearly as they would if they were experiencing less stress.

Abuse can be psychological or physical or both. Physical abuse involves violence that can cause mild to severe injuries up to and including death. Half of all murdered women were murdered by an intimate partner. Men are also murdered by intimate partners. As an abuser gets away with abuse, the degree of abuse tends to increase. Just because you survived the last beating doesn’t mean you will survive the next one.

Some abuse victims die because they do not obtain medical care and do not realize that their internal organs were damaged when they were beaten. It is important to seek medical care. Seeking care when you have injuries can also help you get custody of your children if you leave the relationship. If you hide the evidence, you are harming your chances of getting custody.

Some of the physical injuries abuse victims suffer through include:

It can be difficult to imagine that someone you love or someone who is supposed to love you could seriously harm you or end your life but it happens. Every hour of every day, someone is murdered by someone they know.

People are more likely to be abused by a family member than a stranger. 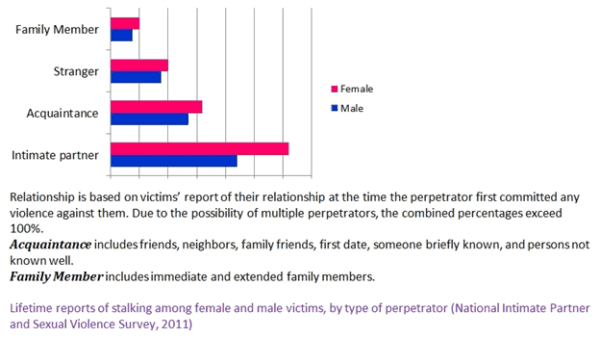 Domestic violence also makes it more likely the abuser will murder the victim. 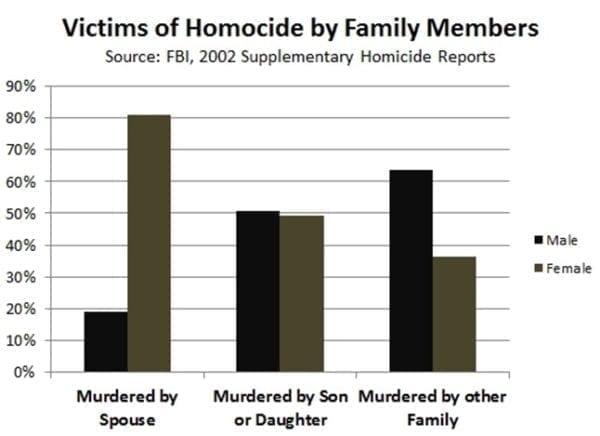 When you are abused, there are many reasons to seek help besides the fear of death. Children who live in a household where domestic violence and abuse occurs experience worse outcomes throughout their lives including worse mental and physical health.

If you won’t seek help for yourself, do it for your children.

Help is just a phone call away. You don’t have to solve the problem. You just have to take the first step—make a phone call.

Numerous scientific studies “have demonstrated that children exposed to domestic violence and/or child abuse are more likely to experience a wide range of adverse psychosocial and behavioral outcomes.”[i]

The negative impacts of domestic violence on your children can include:

The adverse effects of domestic violence on your child begin before birth.[ii] This can include problems for both the mother and the baby including:

Children who live in households where domestic abuse occurs are far more likely to:

There are legal ways to help you and there are shelters and other resources for individuals escaping an abusive home. Make the call today.

If you think your phone or computer activity is being monitored by an abuser, read these Domestic Violence Safety Tips. Using your computer or mobile phone may not be a safe way to reach out for help.

Domestic violence is a serious and common problem for both women and men. It is important to get help if you are experiencing interpersonal violence, whether the abuser is someone you dated one time or someone you have been married to for decades.

It is also important to listen to your instincts. Science may not understand how we intuitively sense what we sense, but they do know that we often accurately sense that we are in danger. Then, because we aren’t taught to listen to our intuition, we ignore the message or talk ourselves out of listening to it.

The Effects of Domestic Violence During Pregnancy on Maternal and Infant Health. Violence and Victims, 17(2), 169-185.