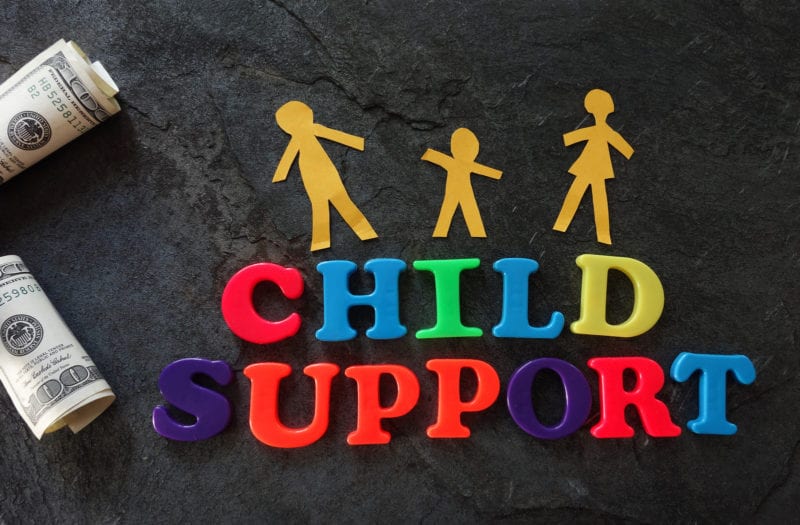 Child Support is based on the income of one or both parents and other expenses they pay related to child care, insurance on the children and other dependents, or court-ordered support. It is paid for the benefit of the child. The court may order a non-custodial parent to pay a portion of his or her income to the custodial parent for support of their child. In some cases, where the parents share joint custody, a custodial parent may be ordered to pay child support to the other custodial parent. Child support can be ordered when parents who are married divorce or when an unmarried couple has a child.

The court can also order one or both parents to pay child support to a third party, such as a grandparent who has custody of the child. Payments are usually monthly but can be weekly, biweekly, or made in a lump sum. The amount ordered can be withheld from the paying party’s paycheck and deposited into a central clearing house for payments where it is sent to the receiving party.

There are two types of child support cases:

How is Child Support Calculated?

The family court or the appropriate court of the state issues child support orders. Parents can agree to support amounts and duration a in separation agreement.

Federal laws require each state to establish and publish child support guidelines that are presumptively correct, and to review the guidelines every 4 years. While each state must comply with federal law, the states can determine their own method of calculation. Some states have a formula that is specific enough to use a calculator.

There are three popular models for calculating the amount of child support someone will pay:

While the formula may vary by state, essentially you add both parent’s gross incomes together to determine the total family income available. Then using the guidelines determine the amount needed to support the child. This amount is the total child support. Next, the total support obligation is prorated between the parents in proportion to their incomes. As an example, if the parents combined monthly income is $4,000 with the non-custodial parent earning $3,000 and the custodial parent earning $1,000, then the non-custodial parent would be responsible for 75% of the support for the child.

The income shares model is the most popular model of the three models and 39 states have adopted it.

The court may require one or both parents to provide health insurance for the child if it is available at a reasonable cost. The cost of coverage for the child is calculated as:

The court may order out-of-pocket health care expenses be paid. The order can provide for one or both parents to pay for these expenses. Dental insurance or expenses may also be included.

The State agency monitors compliance and initiates any action for enforcement procedures it considers appropriate. There is no leeway for a former spouse being understanding or trusting that the noncustodial parent will come through following a difficult patch. This means that any disputes must go through the courts. Both parents must keep the State agency informed of his or her residential address. Failure to do so can be considered contempt of court.

Child support orders are backed with both State and Federal enforcement powers that have broad authority. Failure to pay child support can result in numerous enforcement actions including.

If any child support arrearages exist after the obligation to pay monthly ends, they remain due. Failing to pay arrearages as arranged would still be contempt of court even though your child is an adult.

When the amount of arrearage exceeds the Federal Deadbeat Parents Act limit, prison and fines may be ordered.

It is very important to petition for a modification of child support orders if circumstances change in ways that make it impossible to pay as currently ordered. It is important to act as soon as you are able because modifications do not change the amount that was due before the modification.